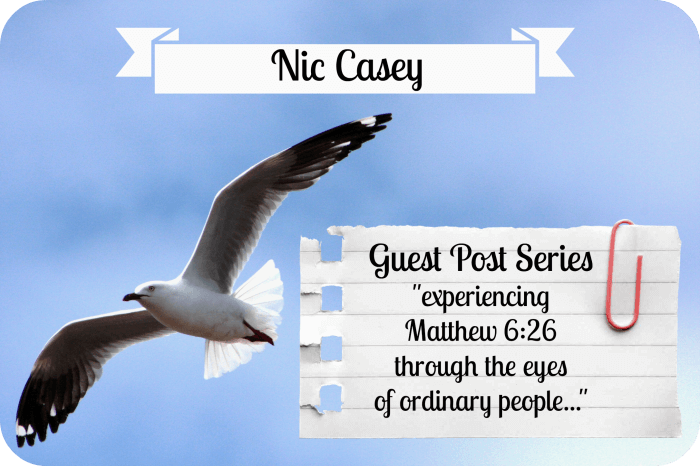 There are two ways to go through life: as a planner, or as a pantser. If you’re not sure which one you are, odds are that you might be a pantser. Let me explain.

Planners are the people who plan their lives. They thrive with to-do lists and itineraries. They find comfort in details. Chaos is their mortal enemy. Pantsers are those that fly by the seat of their pants (which is where the term ‘pantsers’ comes from). These are the people who live by the motto, “Que Sera, Sera.” No plan, no problem.

Let me clarify. There’s nothing wrong with either course of action. Or inaction. God has wired us to function in whichever way He sees as best for us. But if there was a better way, it would be as a planner.

I say that because I am one.

Last summer, my family went on a road trip to visit some family. We planned a three day drive from Coeur d’Alene to Cheyenne with overnight stops in Billings and Casper. When we left, I had a plan. I had everything organized in a spreadsheet: it listed off where we would stop for potty breaks (when you’re travelling with three kids under the age of ten, pit stops are a lifesaver), where we would get gas, where eat our meals, and the distance between stops with a rough time estimate. It listed off planned fun stops like the Billings Zoo, Little Big Horn Memorial, Fort Casper Museum, and the few attractions in Denver that I wanted to visit while we were in that area. The return trip was equally detailed.

When I go to the store, I know exactly what I want to get before I walk through the doors. In my world, shopping is more of a tactical operation than a leisure activity. My kids live by a schedule: wake up, eat breakfast, get dressed, brush teeth, yoga, videogames, music time, lunch, adventure time, chores, dinner, movie, bed. Sure there’s deviation, but they have a routine. They know what to expect.

Not everyone lives in that realm though. In fact, two of my favorite people in the world are pantsers. They live out of town but come here often. When they come to visit, they’re never sure when they’ll show up. It’ll be sometime today. Possibly in time for lunch but definitely before midnight. While they’re staying with us, they don’t make any plans. They might tag along with whatever we’re doing – and if our plans are not interesting to them, they’re good just sitting in a coffee shop reading a book.

I love them dearly. I believe my life is better because they’ve been a part of it. But their lack of planning clashes with my need for plans. I am forced to rethink my strategy when spending time with them.

That part where I said planners are probably walking down the better path? Yeah, I could be wrong.

In the late 1700s, Robert Burns wrote the poem ‘To a Mouse.’ In it he wrote, “The best laid schemes of mice and men, Go often awry.” I discovered the truth to that line during our road trip. Timing in-between stops was off as I had not accounted for road construction. Dinner on our first night was eaten inside rather than at a beautiful park because it was raining with thunder and lightning. We spent less time at the Little Big Horn than anticipated because it was so hot outside. After our second overnight stop, we loaded up the car, filled up the gas tank, and quickly got back on the freeway. It wasn’t until Casper was in our rearview mirror that I remembered that we wanted to visit Fort Casper –which was on the other side of town – opposite from where we were going. And we never drove down to Denver. Instead we spent the week watching the Olympics at my parents’ house. I had laid the best of plans. Yet they went awry.

Burns closes his poem stating that the mouse was more blessed than man because mice are only aware of the present. Yet humans look back on their past with regret and into the future with fear.

That is the way of the planner.

When Jesus was teaching to the crowds, he understood the tendency for our plans to fall apart. He knew that our best laid plans would often go awry. He knew that people are natural worriers. We want the details. We feel stress or apprehension when we don’t know what is going to happen.

Jesus knew this about us.

So, he suggested that we learn from birds. “Look at the birds of the air; they do not sow or reap or store away in barns, and yet your heavenly Father feeds them.” Birds are fascinating creatures. They don’t plan their meals. When they get hungry, they go looking for their food and eat it. They don’t plan to migrate, yet they fly south when the time is right and return in time for summer. There’s no forethought, it’s just instinct. Birds are pantsers. And God makes sure they have food.

But Jesus’ advice was not just to be like birds. He asked, “Are you not much more valuable than they?”

That last part of Matthew 6:26 is essential. It would be easy for Jesus to tell us, “If the birds can figure it out, so can you.” But he doesn’t. He goes a step further to make sure his audience understands the most important part of the lesson: we are worth more than the birds.

We are God’s most prized creation. If God cares about the birds, than His love for us goes deeper than we could ever imagine. If birds can trust their instincts to find nourishment and to fly to warmer climates when winter approaches, then we can trust in God’s promise to never leave us and never forsake us.

My dear friends, the pantsers? They live this lesson. They go through their days trusting that God will meet their needs. And they are two of the most wonderfully fun people that I’ve ever met. I might not ever openly admit this in their presence, but I find their courageous faith to be extraordinary.

Note that Jesus didn’t tell us to avoid making plans. The message wasn’t that plans were worthless. If you’re a planner like me, it’s OK. In fact, it can even be good. But we must always be aware that things rarely work out the way we intend. For those of you like me, I encourage you to celebrate your planner way of life. But don’t worry when your plans go awry because God still cares for you.

And you’re much more valuable than the birds. 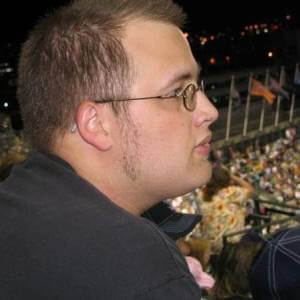 Nic is a geek dad, a data analyst, and a pop culture junkie. You can follow his thoughts about parenthood, corporate life, the intersection between faith and pop culture, and anything else that crosses his short attention span at his blog Please go to Nic’s blog, twitter, and instagram and show him some love…I enjoy his writing, so will you!