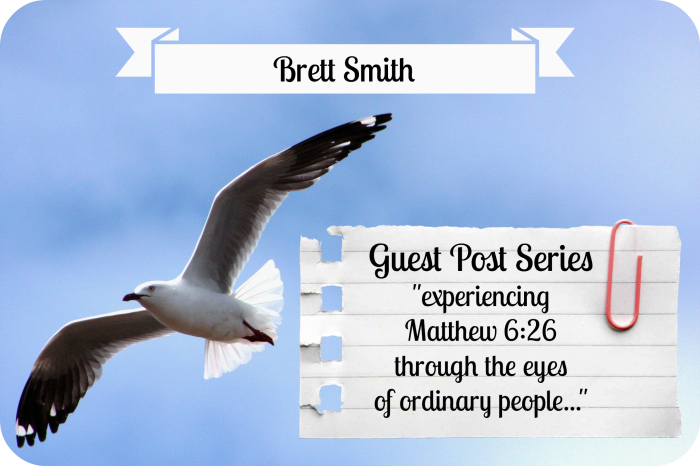 Five years ago I found myself looking for another ministry job. For the previous 13 years
it was all Iʼd known. I just left my fifth church and had nowhere to go.

Interviewing for another music position, I would use index cards to write information
about each church I spoke with. I would file through them and review.

I was asked all kinds of questions. “How do you feel about fundamentalists?” “Whatʼs
your position on eschatology?”

The questions began to wear away any front that Iʼd built up. I started to answer with the
information they were really after.

I would be asked if I liked choirs. I would reply with something like “if youʼre asking
whether I can conduct a choir, the answer is ʻyes, and I can do it very well.ʼ If youʼre
asking whether I enjoy conducting choirs, the answer is ʻno.ʼ ”

This didnʼt go over too well with many of the search teams.
I wondered if there was something wrong with me. Maybe I was broken. Why couldnʼt I
just play the “search committee game” anymore? Time was short. I needed to find a
new place to work.

We had decided to move closer to my wifeʼs family. We put our home up for sale just in
time for the market to tank in 2008. Bills were beginning to pile up. I still had a family
who wanted to be fed. And, living with family, proved my great-grandfatherʼs quote true,
“There no house too small for a family. And no house big enough for two.” (I think they
would agree with me.)

I want to say it was difficult.

I need to say, it was one of the toughest times Iʼve had. My identity was “doing ministry.”
That was gone. It showed no indication of returning. I felt little worth and, while I had big
dreams, I had no idea what was going on.

I took those concerns to the Lord and wondered what heʼd do.

(This sounds a lot like what might happen if Walt Disney met Jesus. To be clear, there
was a lot of cussing on my part.)

One evening I was filing through my interview index cards. An impression came to me
and I wrote it down.

“Stay in full time ministry. Stop working in a church.” 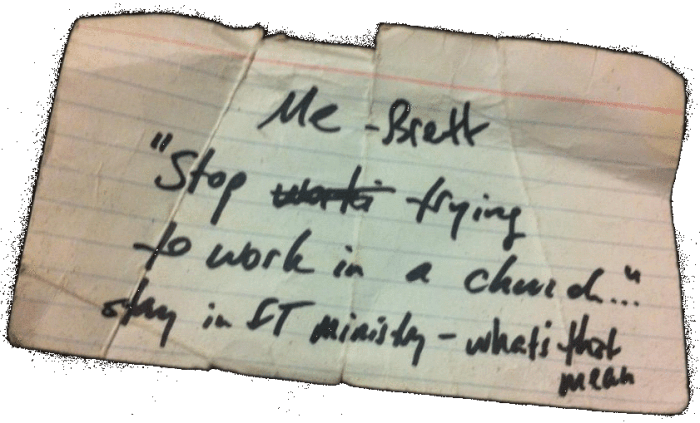 I had no idea what that meant.

That reassured me that God wasnʼt done. Accomplishing His desires for my life may not
be in the way Iʼd become familiar. I had a new sense that I was stepping into a newlydesigned
future.

This is were I say I lived happily ever after.

It was actually the beginning of an incredible rehearsal for a new part that had never
had a voice. Nothing was written for me. No life instructions. No guarantees.

You know what was clear?

I was His.
He wants me.
Iʼm going to do my very best to honor Him by honoring others. 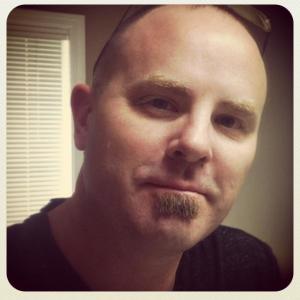 Brett Smith is the Operator at the flagship Goldfingers restaurant in Dothan, AL.

He and his wife, Janeen, have four children.

He is building communication with people who have confused what they do in life with their identity as a person.

Read more from Brett at www.notaboutchicken.com